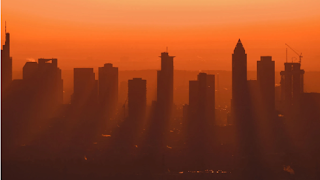 Those who engage social justice come from a wide variety of beliefs and practices. They can work together when they seek for a common goal, but when their goals diverge, they likewise, diverge from each other and go their separate ways. The fact that some of them are Marxists does not make them all Marxists, and indeed, if one examined what was being said and done by all those working together for a common cause, that would be made clear. The reasons they offer for doing what they do will differ. Yes, they will have some things in common, the same way a tank will have much in common with an automobile, but the differences, when investigated, will show how and why many engaging in social justice cannot credibly accused as being Marxists, even as an automobile cannot be credibly claimed as being a tank. 馬克思主義者或許為了某些目標的一致性參與爭取社會公義的努力，但因理念的差別，你不能說所有為社會公義奮鬥的人都是馬克思主義者。

Those who enjoy unjust privilege in society, those who will be asked to put aside that privilege but do not want to do so, like to associate the whole of social justice with the Marxists, knowing the way people have been trained to fear Marxism without really knowing what Marxism is all about. Marxism has become a boogieman – accuse someone of being a Marxist (or socialist or communist), and that is enough for many to have them dismissed without giving them a hearing. Marxism is assumed to be totally and completely wrong, and anyone who is accused of being a Marxist, associating themselves with Marxists, must therefore also be rejected. If someone accused of being a Marxist denies it, their association with potential Marxists is seen as proof that they are lying, and are secretly Marxists. If only our education system taught people logic and logical fallacies, they would be able to detect the kinds of fallacies employed by such arguments, which would include but not be limited with guilt by association, poisoning the well, and ad hominem. 那些擁有不公平特權的人不想放棄特權時，就特別喜歡說你的社會公義就是馬克思主義，因為人們一聽見馬克思主義就怕，立即謝絕，聽都不要聽你的理由。但他們不曉得，這種罪過聯想是個邏輯謬誤。

Christians, because of the atheistic materialism associated with Marxism, cannot and will not agree with everything Marx and Marxists teach. They will, however, find many elements which they stand in agreement with Marxists, and this should not be a surprise, since Marxism borrowed much from Jewish and Christian traditions. Many of the criticisms, many of the issues, which Marxists raise, Christians can and should raise. Scripture is concerned with the plight of the poor and the oppressed. Jesus, in the Sermon on the Mount, solidified that concern. Jesus warned the rich that what unjust joys they have now can and will be taken from them. Those who are mistreated and ignored will be the first in the kingdom of God. The oppressed find God is by their side, and the oppressors either have to change their ways and repent, or they will suffer the consequences of their oppression. This is what promotes Christian engagement with social justice. Because the concerns Christ raised are similar with the concerns that Marxists raise, Christians should have no problem working with Marxists insofar as they raise those concerns together, and work on solutions which both sides think just. Marxist atheism, Marxist materialism, of course, will be denied, though even then, not all that Marxists say need to be considered wrong: many abuse religion and use it to oppress others and Christians should see that as a problem and work to correct it. Nonetheless, this would not make such Christians who do this as being Marxists, for they will still have fundamental differences with Marxists, differences which the Christians will make clear even when working with Marxists. Thus, when Martin Luther King Jr. acknowledged elements of Marxist criticism and worked with communists, he preached that Christians could not be communists. 基督徒不同意馬克思主義的一切，但會找到其中的許多因素是可以同意的，因為他們本來就是借用猶太教和基督教的傳統。聖經關注困苦受欺壓的人，耶穌也關注，所以他警告富人，這和馬克思主義類似，可以和他們一起努力糾正這方面的社會問題。

Martin Luther King Jr., despite making it clear that he could not and would not support communism because it diverted greatly from the Christian faith, nonetheless was constantly accused of being a communist. Thus, when FBI files concerning Martin Luther King Jr. were released, we find that this was indeed one of the claims being made about him. 馬丁路德金也曾被指責為共產黨人。

Here, we see the tactic used against social justice leaders was used against King. He was “influenced” by communists. He had close associates who were communists. So, it was easy to accuse him of being a communist, ignoring what he said and did to the contrary. He was critical of capitalism, like communists, so he must have been a communist. However, it is clear King’s response against capitalism was similar to that of his response against communism. He thought Christianity went beyond both, and to embrace one or the other would lead to grave problems in the world. Those who were challenged by his criticism of capitalism and the exploitation which took place under capitalist regimes found the easiest response was to accuse him of being a communist, ignore his words to the contrary (or claim he was lying), and hope that would be good enough to derail his pursuit for justice. 如果說金牧師也是「受到共黨的影響」，因為他和他們有密切的聯繫，那麼我們看到金牧師反對資本主義的同時也他反對「共產主義」。兩個主義都有嚴重問題，你不能用反對一個主義來放棄追求公義。

This tactic continues to be with us today. Within the Black Lives Matter movement, we find a diverse group of people, with diverse beliefs and practices. And yet, we see the movement as a whole as being labeled as a communist movement by its critics. They point out how some members of the Black Lives Matters movement connect themselves with Marxism, thereby equating everyone in the movement with Marxism. But, as Tom Kertscher reported for PolitiFact, the movement is diverse, and what brings the people together is their rejection of racism and the oppression and abuse which follows such racism: “But the movement has grown and broadened dramatically. Many Americans, few of whom would identify as Marxists, support Black Lives Matter, drawn to its message of anti-racism.” 現在對待「黑人的命也是命」運動也類似，有人給BLM貼馬克思主義標籤。但這其中有各種追求的人都在內，包括反對種族壓迫，或許其中也有馬克思主義者，你不能因此就不反對種族主義了。

Black Lives Matters transcends any individual person in the movement; it is about fighting for the dignity of the human person, of all human persons, by dealing with and fighting those who have suffered grave indignities, those whose lives have not been treated as if they mattered, because they were African Americans. Of course, those with privilege, those who fear justice, will demean the movement and call them Marxists because of Marxists within the movement, hoping that will derail the movement; but those who suffer injustice do not care about such ideological fights, and far from going away, they find every new instance of such injustice only fuels their desire for justice, recognizing that those who would stand in their way with false claims about the movement only act as oppressors normally act, justifying themselves through lies, proving the need for the movement itself. BLM為黑人的尊嚴而鬥爭，但超越了任何個人。那些享有特權的人不關心公平公義，他們想扣BLM一頂馬克思主義大帽子推出去，但遭遇不公平的人無論如何都不會放棄對公義的追求。

Sadly, Christians, far from having a united front against social justice, find themselves fighting each other, some promoting social justice, following Scripture and the Christian moral tradition, and others fighting against social justice, following privilege and the ideologies which they have been led to believe. Christians who speak out against racism, those who promote the objectives of Black Lives Matters, find themselves attacked as communists, just like Martin Luther King Jr. did, and their work is said to be too controversial to be supposed by Christian organizations. Thus, when Gloria Purvis showed her support to the objectives behind the Black Lives Matters movement, that is, to overturn and reject the place of racism in society, she found herself silenced, and accused of being a “leftist” or “Communist” because she promoted social justice. Her show was let go from EWTN, and those who resist social justice, rejoiced, saying she was too controversial, promoting “leftist policies like reparations….” 可惜基督徒在追求社會公義上遠遠不團結，互相反對，堅持特權。那些反對種族主義、堅持黑人性命寶貴的鬥士總是和金牧師一樣，因為倡導社會公義而被攻擊為共黨分子、被禁聲、被列為有爭議。

How did social justice, and with it, repairing the harm done by sin, become “leftist?” Christian theology teaches that those who sin must make restitution for what they have done. Reparation for sin is a part of the process of penance. 修補和賠償罪的傷害怎麼會變成「左翼分子」了呢？那是懺悔過程的一部分。

Racism is a grave sin, a grave injustice. It destroys lives. It destroys the dignity of the human person. “Racism is a virus that quickly mutates and, instead of disappearing, goes into hiding, and lurks in waiting.” To confront racism, we must admit the harm it has done, the harm it continues to do. Then, we will recognize that to overcome racism, we must do more than stop people from overt racism, but also, we must fight hidden racism, systematic racism, which tries to keep the power structures formed by racism remain in power. We must truly heal the damage which racism has brought to the world. Those who reject the need for restitution for the crimes of racism, those who reject reparations, end up promoting racism, because they continue to support the privilege racism gives to those in power. 種族主義是極大的罪惡和不公義，它摧毀性命和人的尊嚴。我們必須和隱藏的體制性種族主義作鬥爭，醫治種族主義為社會帶來的損傷。那些拒絕補償的人其實是在堅持種族主義權勢。

Social justice, which includes confronting racism and healing the damage done by it, must be a part of the message given by Christian media. Instead of promoting outrageous claims of communism, socialism, or Marxism, against those who work for social justice, instead of firing those who follow Christ in promoting justice for the oppressed, Christian media must promote those who do such work and raise their voice further. When some Christian media source works to silence such voices and encourage disingenuous attacks on social justice, such media must be seen, not as working for Christ and Christ’s ways, but as an imposter, and indeed, as being the one who truly supports an anti-Christian ideology which must be rejected. Insofar as they fight against the teachings of the prophets, the teachings exemplified by the Sermon on the Mount, so-called Christian voices stand not with Christ, but against him, serving the spirit of the anti-Christ. 基督徒必須堅持社會公義，包括反對種族主義和醫治它的創傷。基督徒媒體必須如此宣傳教導，支持那些努力參與鬥爭的人，不然就不是服事基督，反倒是作基督的對頭了。

Christians must promote social justice. They must work with all those of good will, including those who hold positions contrary to their own, so long as doing so will work to promote the common good. This is how Christians should get things done in the world. They are not meant to flee the world and let it get worse; rather, they are expected to bring God’s grace to the world, helping to perfect it through that grace. That is, after all, what God did with the incarnation. 基督徒必須提倡社會公義，必須與一切有良好願望的人合作，包括持不同立場的人。
Posted by a_seed at 9:02 PM No comments: 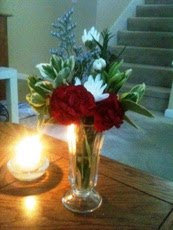